I’ve sorted out the pictures on my last post now – called ‘ overwintering in Lefkas’.

Well, the winter mooring finishes on April 1st. The weather was blowy, but ok on 2nd, so almost everyone left. It was quite a wrench saying goodbye, not knowing if we’ll ever see these people again who have become our friends.

We decided to stay a bit longer. Our boat is 22years old and has never been re rigged. Talking to people over winter it seems to be a safety issue. Most sailors renew after 10 years! We had ours checked when we bought it and they found it to be ok but someone else said theirs was too but on re rigging the wires were found to be rusted in the core. We talked about it , found that it increases the selling price and decided to go for it. It’s an expensive business if the mast falls off while sailing! And rather disconcerting!! And dangerous! So we found someone who would do it for a reasonable price and our mast was removed in the middle of March. Unfortunately, the boot that seals the mast to the deck broke due to being so brittle with the sun. A new one had to be sourced from the Uk. We wait.. 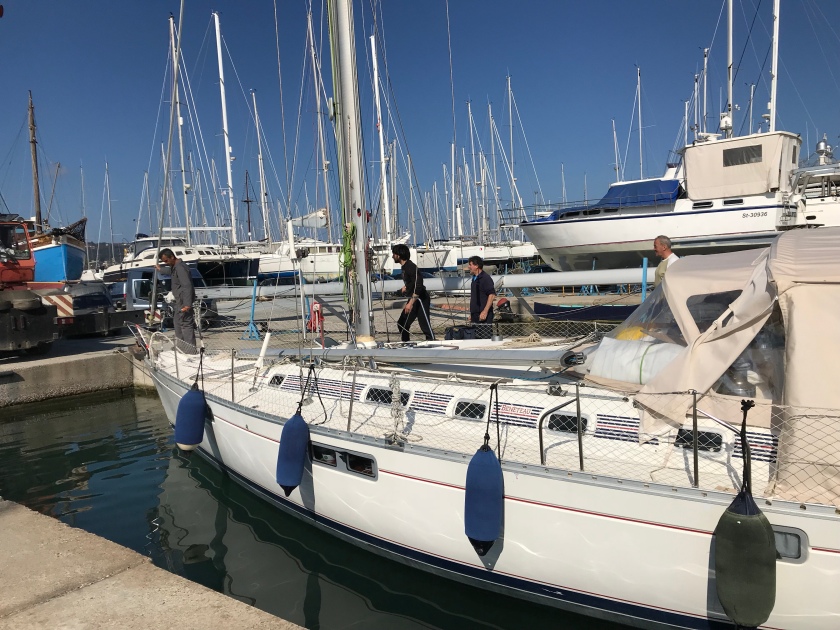 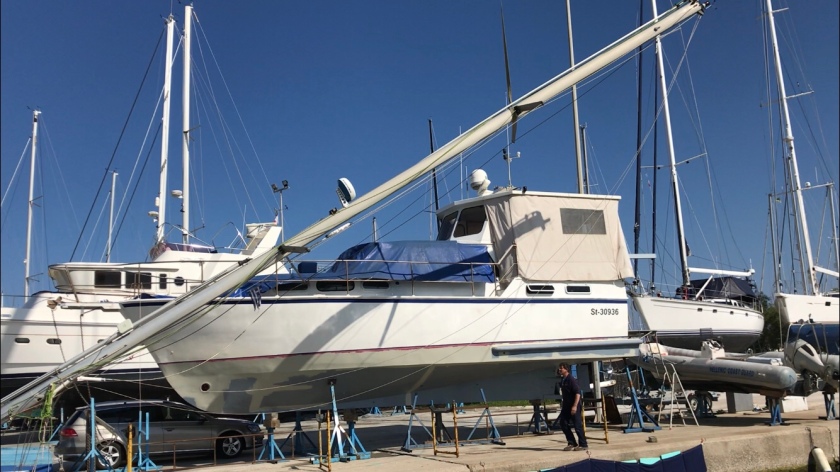 Our mast being removed.

We returned to the Uk briefly in order to return the car. We plan to be in Spain next year so having the car in Lefkas is a complication!! We were there 3 days before flying back, we were able to see our close family and also attend a 60th birthday dinner and dance of a dear friend. We had a ball!! You don’t usually see Simon on the dance floor so much, we even did a few steps of the Jive ( Bill to note!)

We returned hoping to see a mast on our boat – but no! No mast. The boot came a week later on a Monday. 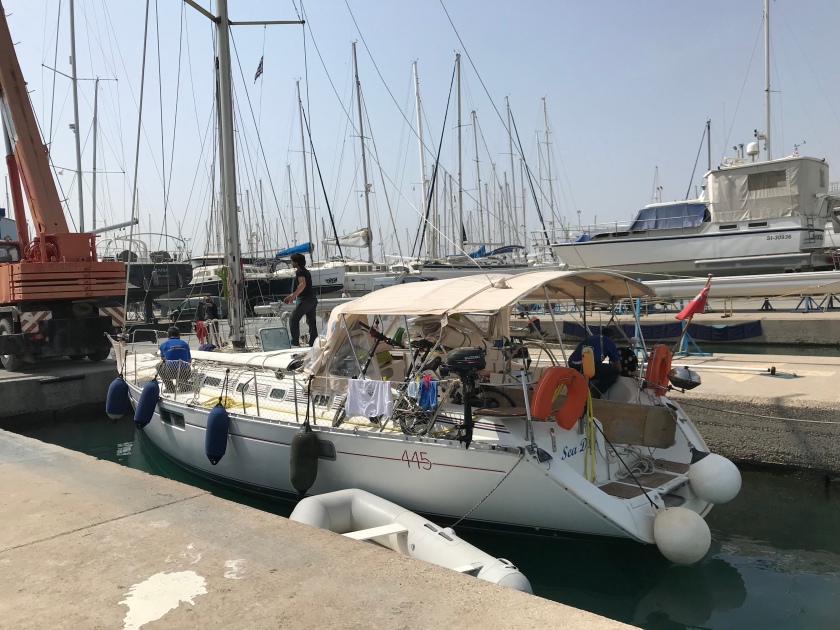 The mast went on, on the Weds, the electrician worked all day Thursday- there’s a surprising amount of wiring in a mast. Then he discovered that the connector to the wind indicator was broken. It’s called an Anomometer ( I think!). He didn’t think we’d get one easily and went off on another job the next day. Simon found one in a shop in town the next morning! And Takis returned Friday afternoon. He knocked off at 5.00, telling us that he’s having problems getting the wire down the mast as it has been injected with foam by a previous owner. Maybe to stop the clanking that can occur in winds. He’ll be back on Monday!!! We’ll never get away from here.

Talking to people it seems that the boat builders often do this to discourage water going down the mast and interfering with the electrics.

On the plus side we were able to attend a 70th Birthday celebration. Jackie (from Tring-and S.Africa!), down the island at Vlicho. We got a lift down with Kerri(Australian), it was a surprise to see the usually empty bay FULL of boats at anchor. People had returned from nearby islands to attend the party. It was a great reunion of 30, mostly overwinterers.! Good fun! 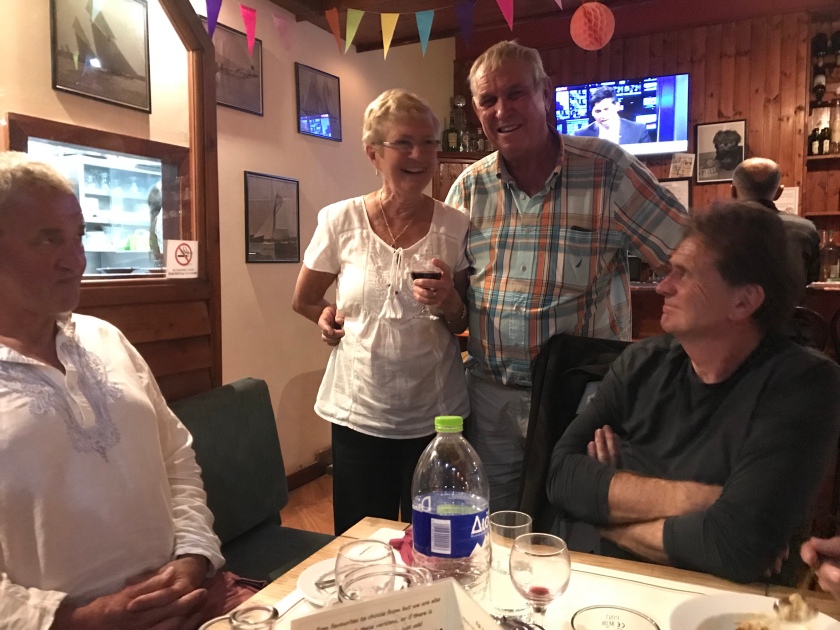 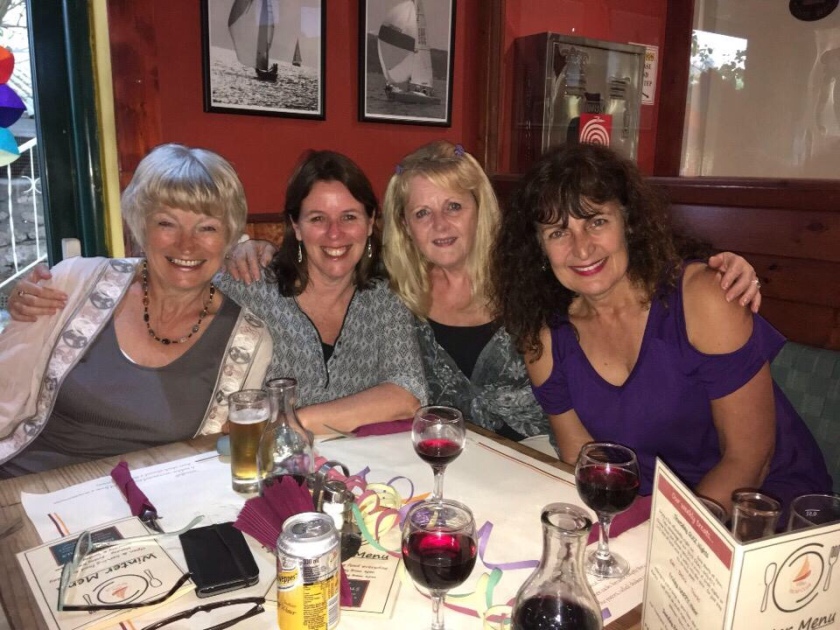 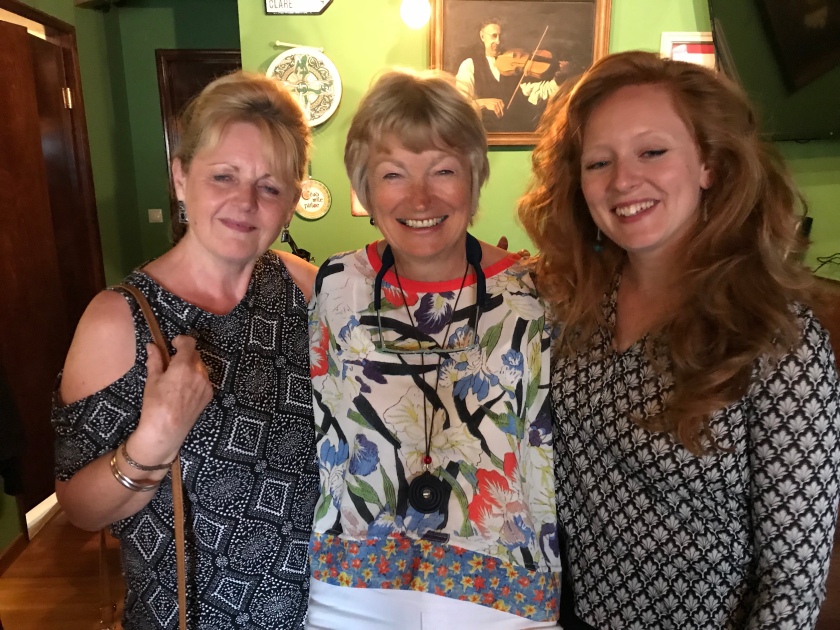 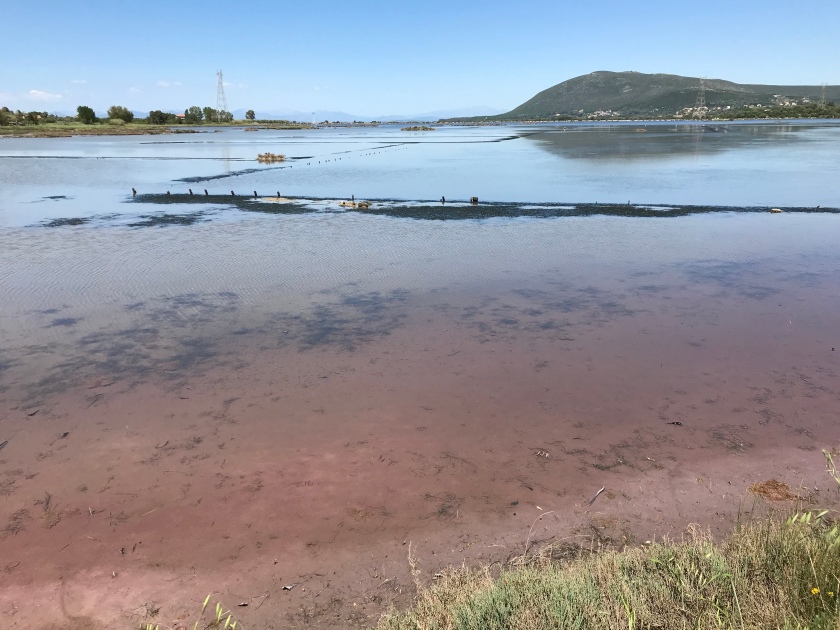 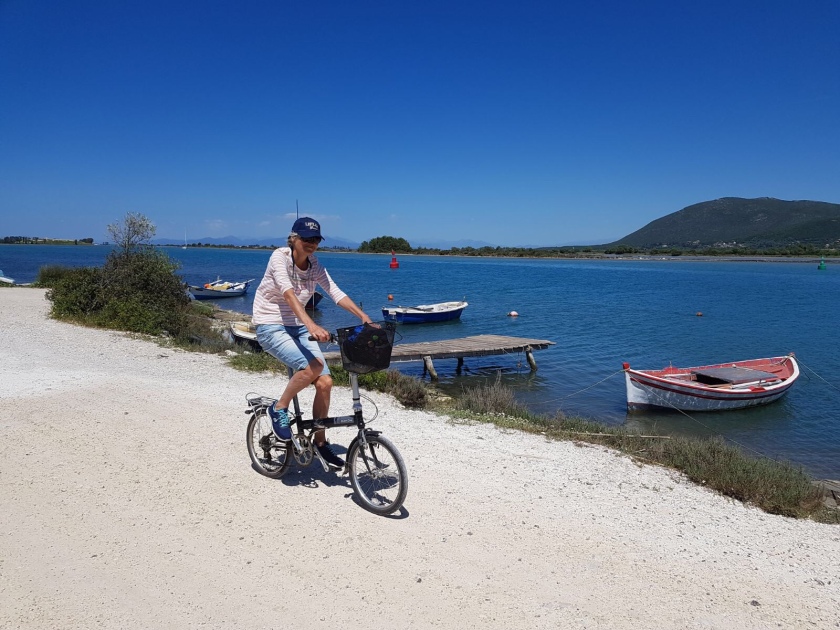 A mention had to be made of my running attempts. Two years ago I couldn’t run for even one minute without being wrecked. I’m asthmatic. A test showed that my lungs are only 45% of what they should be. In order to keep them healthy I have to keep exercising to get out of breath. A friend told me about the App called Couch to 5 K and both my sons encouraged me to do running. This app has an 8 week program with 3 runsper week. I decided to repeat any run I found hard – they start with a 1 min run and work up. I repeated a lot!! But it got easier. So 2 years and 100 runs later, in April, I achieved the 5 K. I am so pleased with myself, I cannot believe that I actually did it! At my age too. So now I’ve downloaded the next app – 10K and we’ll see how I go. I need pics of me running!

One thought on “Still in Lefkas!!”